Build Solid Ground is a global campaign for access to homes and housing rights of the NGO Habitat for Humanity International. It builds upon the previous campaign Solid Ground, a pilot campaign implemented by habitat Bulgaria between 2015 – 2017. It is funded by Development Education and Awareness Raising (DEAR) as part of the Directorate-General for International Corporation and Development (DG DEVCO).

The 3 year project (1.11.2017 – 31.10.2020) was implemented by 14 partners from 7 European Countries including Bulgaria. The aim of the project is to increase critical understanding and active engagement of European citizens within the global goals for sustainable development, in particular SDG 11 Sustainable cities and Communities. The project is also in relation to the new urban agenda adopted by the global conference of the United Nations, “Habitat III”, for initiating the global housing development and the right to access land for housing needs.

On 28 and 29 may 2018 Habitat Bulgaria hosted the international conference “Sustainable cities – new opportunities and challenges that the municipalities face”. Experts from more than 10 countries took part, presenting various practices and aspects for sustainable development of the cities to 120 participants. The main topics of the conference corresponded to those already adopted in September 2015, at the UN Sustainable Development “transforming the world”. They also corresponded to the policies adopted in October 2015 in Quito, Ecuador during the UN Third Global Conference on Housing Policies and Sustainable Urban Development (Habitat III), New Urban Agenda. The international conference was supported by the President of the Republic of Bulgaria, the embassy of the Netherlands in Bulgaria, the National Association of the Municipalities in Bulgaria, the Municipal network for energy efficiency EcoEnergy, the National Coalition for improvement of the housing conditions “Decent Home”, institutions, municipalities and NGO’s.
Click below to view the conference highlights:

On 9th April 2019, Habitat Bulgaria organised third National Housing Forum “Access to home and renovating the poor neighbourhoods”. With the previous housing forums, Habitat Bulgaria raised the awareness of institutions and the public on the necessity for improving living conditions within the country. In 2019, the organisation focused on the increasing need for the right to access a home, and renovating poorer neighbourhoods both nationally and internationally. The main focus of the forum were topics related to “Agenda 2030”, the Global Goals for Sustainable Development of the United Nations and Goal 11 in particular: Access to Home for everyone, and renovating the poor neighbourhood’s by 2030; initiatives of the Non-Governmental sector for improving the living conditions and partnerships with municipalities for implementing housing policies; good practices of Bulgarian municipalities for improving housing conditions for poor neighbourhood’s. The third national housing forum was instigated within the framework of project Build Solid Ground and was supported by the French Institute of Bulgaria and Wienerberger Group.

Habitat Bulgaria initiated a series of informative events in thirty Bulgarian municipalities and six universities, dedicated to the challenges and opportunities of urbanization. Volunteer initiatives to improve the urban environment were also held in support of the events in these cities. In 2018 and 2019, the campaign involved the municipalities of Smyadovo, Targovishte, Antonovo, Gabrovo, Kyustendil, Dupnitsa, Nessebar, Burgas, Sungurlare and Sofia – Nadezhda District, Simitli, Pavlikeni, Lyaskovets, Gorna Oryahovitsa, Botevgrad, Samokov, Mezdra, Stara Zagora, Lom and Pravets, as well as the following universities – University of Architecture, Civil Engineering and Geodesy (UACEG), New Bulgarian University (NBU), Sofia University “St. Kliment Ohridski ”(Sofia University) and University of Forestry (LTU). More than 2000 participants, including representatives of the municipal administration, youth and non-governmental organizations, citizens and the media, actively participated in the initiatives. 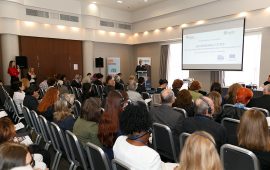 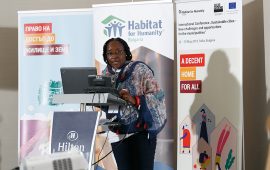 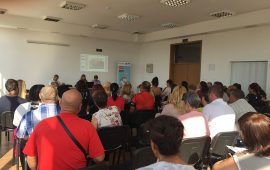 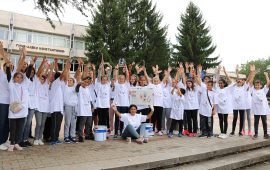 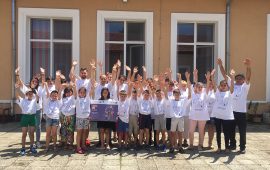 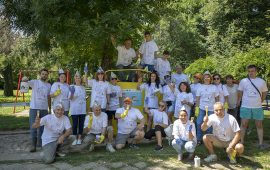