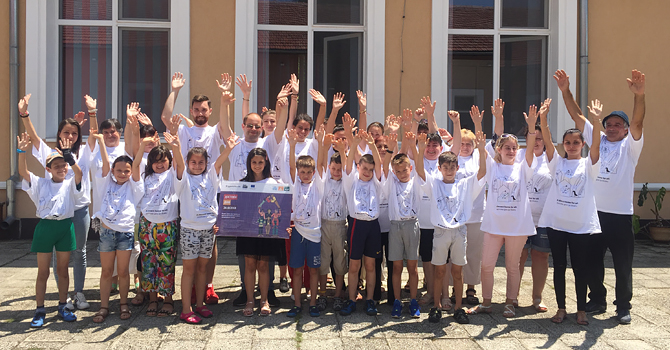 Within the three-year campaign (2018 – 2020), Habitat Bulgaria continues its successful series of meetings and volunteer actions with municipalities and universities, focusing on the challenges and opportunities of urbanization, as well as improving of the urban environment.

During the workshops, the options for renovation of the poor neighbourhoods were discussed – namely, improving living conditions and providing access to basic sanitation. Currently, one in every seven people on the planet lives in unduly built and overcrowded urban areas, with insufficient infrastructure, often without access to electricity and water.

There was also discussion about the need to improve land rights. Globally, 75% of people do not have adequate documentation of the land on which they live, and millions live in constant fear of eviction. At the same time, they do not want to leave their homes, where they have sometimes lived their entire lives. Habitat for Humanity experts are adamant that with secured property or right to use, people will live without fear of eviction and invest more in their families, communities and the future.

Through the activities conducted, Habitat Bulgaria aims to show that the path to sustainable cities and a decent life for everyone goes not only through state and municipal policies, but also through our personal responsibility and our actions as citizens and neighbours.