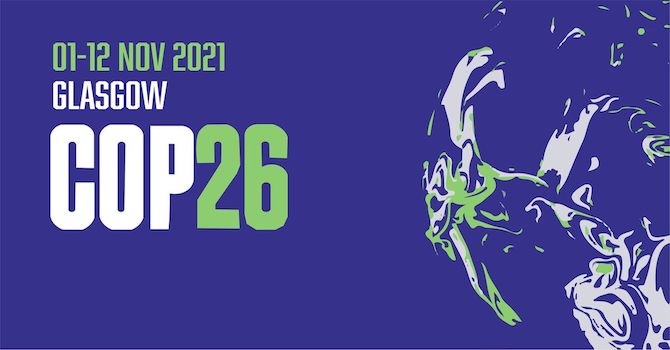 “Reducing carbon emissions associated with the residential sector is critical, and we must do so in a way that does not exacerbate another global crisis: the massive gap in adequate, affordable housing,” said Patrick Canagasingham, chief operating officer at Habitat for Humanity International. “The housing and climate crises are interconnected. They cannot be solved in isolation but rather through holistic efforts that prioritize the needs of families most vulnerable to climate change.”

The 26th Conference of the Parties meeting, or COP26, is the latest in a series of UN climate change conferences for countries that have signed the UN Framework Convention on Climate Change. COP26, which opened Sunday and runs through Nov. 11 in Glasgow, Scotland, is the first such conference in which Habitat for Humanity International is an official participant.

Habitat released a list of COP26 commitments and recommendations, calling on the UN, multilateral development banks and donor governments to promote investment in housing renovation and upgrading while limiting carbon emissions created by new construction. They, along with all governments and housing actors, should place a special focus on the more than 1 billion residents of informal settlements by helping them adapt to climate change. This means, for example, prioritizing financing mechanisms for low-income households that frequently lack access to loans for improving their homes and making them more resilient to rising sea levels, droughts, floods, heat waves and weather events made more severe by climate change.

Earlier this year, Habitat for Humanity established an official organizational position on housing and climate change, recognizing that the building sector has a particular opportunity to reduce its carbon footprint, as it alone accounts directly and indirectly for 38% of global energy-related carbon emissions.

Habitat has dozens of projects around the world that involve climate change mitigation and/or adaptation, from building climate-adapted homes in Nepal and the Philippines to helping increase the energy efficiency of Soviet-era apartment buildings in Eastern Europe. Habitat helps neighborhoods in Paraguay assess climactic risks and, in the United States, we are developing a model for charting the embodied energy of several forms of residential construction to help identify cost-effective ways to reduce emissions quickly.

About Habitat for Humanity

Driven by the vision that everyone needs a decent place to live, Habitat for Humanity began in 1976 as a grassroots effort on a community farm in southern Georgia. The Christian housing organization has since grown to become a leading global nonprofit working in local communities across all 50 states in the U.S. and in more than 70 countries. Families and individuals in need of a hand up partner with Habitat for Humanity to build or improve a place they can call home. Habitat homeowners help build their own homes alongside volunteers and pay an affordable mortgage. Through financial support, volunteering or adding a voice to support affordable housing, everyone can help families achieve the strength, stability and self-reliance they need to build better lives for themselves. Through shelter, we empower. To learn more, visit habitat.org.