Research Based Arguments for New Housing Policies in Benefit of All

Habitat Bulgaria successfully implemented the project „Research Based Arguments for New Housing Policies in Benefit of All” in the period from October, 2019 to April, 2022. The project has been funded within the first call for strategic projects of Active Citizen Fund Bulgaria with the Financial Mechanism of the European Economic Area. Its aim was to support the development of adequate municipal and national housing policies and to contribute to the improvement of the housing conditions of vulnerable groups in Bulgaria.

In the period 20th July – 20th October, 2020 Habitat Bulgaria carried out detailed sociological research of the housing needs of the Roma communities in the town of Sliven – the district of “Nadezhda” and the village of Topolchane as well in the town of Targovishte – “Malcho Malchev” district and the village of Golyamo Novo. More than 800 households were interviewed, another 20 participants took part in a focus group discussion. The research results were analyzed and summarized in an analytical report, prepared by the leading sociologist – associate professor Alexey Pamporov.

In July, 2021 Habitat Bulgaria organized two round tables to present the sociological report „Housing needs and attitudes of families, living in poverty areas in the municipalities Sliven and Targovishte, Bulgaria”. The two events, organized with the support of the pilot munisipalities, were attended by representatives of the municipal administrations, citizens, civil society organizations, other local and national administrations.

The results of the sociological research in Sliven show that:

In the Municipality of Targovishte we found out that:

Ten infographics were developed to present key results of the sociological survey and promote them in social media and networks. You can view the infographics in the gallery below.

In parallel with the sociological survey was carried out a research of the current municipal housing policies and practices for the improvement of the housing conditions in the municipalities of Sliven and Targovishte. The municipal policies’ assessment includes:

Based on that study were made recommendations for improving the local housing policies and practices. The recommendations were consulted and discussed at round tables with the Municipality of Sliven and the Municipality of Targovishte in order to initiate debate and trigger the mutual collaboration with public authorities and other stakeholders with the common aim to formulate adequate municipal housing policies, programs and regulations.

On April 14th, 2022 Habitat Bulgaria hosted the conference „Policies for improvement of the housing conditions of vulnerable groups on municipal and natiоnal level“. The agenda covered housing related issues on local, national and global level. Habitat Bulgaria raised pressing issues like the fact that Bulgaria still hasn’t adopted a National Housing Strategy, and that there is no unified legislation for the regulation of the public provision of housing. The event took place both in-person at Grand Hotel Astoria, Sofia and online. A total of almost 120 participants joined, amongst them representatives of 4 state institutions, 20 municipal administrations, 24 non-governmental organizations, 3 universities and 8 media..

Opening words gave the deputy-minister at the Ministry of Regional Development and Public Works (MRDPW), arch. Stefan Asparuhov, the secretary of the National Council for Cooperation on Ethnics and Integration Issues, Rositsa Ivanova, and Mincho Benov, director of Habitat Bulgaria. Some of the key participants were: arch. Dima Lekova – Acting Director of the Housing Policy Directorate of the MRDPW, Vessela Zvezdanova – Head of the “Strategies and Programs” Department of the MRDPW, eng. Plamen Petrov – expert at the MRDPW, Stefan Radev – Mayor of Sliven Municipality, as well as representatives of a number of municipalities and non-governmental organizations.

Based on the recommendations for improvement of the local housing policies, good practices from other countries with similar profile and strategic directions on European and global level, Habitat Bulgaria presented its recommendations for the national housing policy and regulations. The conference participants agreed upon the idea that, in the first place, it is necessary to adopt a long-term national housing strategy with a horizon up to 2050, with clear vision, priorities and measurable targets set in it, in order to ensure access to quality housing for all. With regard to the Social Services Law, it is important the Bulgarian Government to agree upon establishing of a new service of general economic interest i.e. social housing, for the provision of which the municipalities shall receive compensation from the state.

Watch the full video of the conference here 👇

The recommendations are included in a summary report “Housing conditions in neighbourhoods with a concentration of poverty and policies for their improvement”, a hard copy of which was distributed to state institutions, medium and large municipalities and civil society organisations throughout the country. The report can be viewed here: Жилищни условия в квартали с концентрация на бедност и политики за тяхното подобряване

See the key recommendations for housing policies and practices here 👇

Habitat Bulgaria’s work within the project „Research Based Arguments for New Housing Policies in Benefit of All” has been subject of a number of media publications, some of which you can view here:

The project „Research Based Arguments for New Housing Policies in Benefit of All” is implemented with financial support of 93,000 Euro, secured by Iceland, Lichtenstein and Norway within the Financial Mechanism of the European Economic Area. The main goal of the project is to contribute to the development of long-term, needs-driven municipal and national housing policies, which will secure safe and adequate housing for Roma. 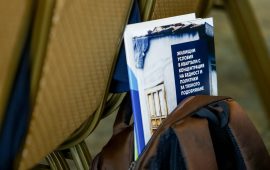 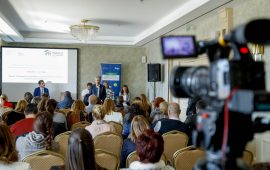 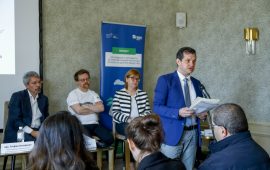 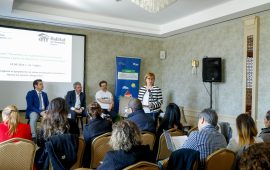 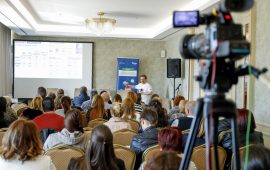 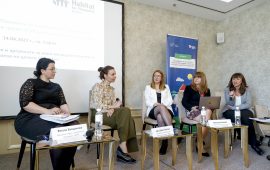 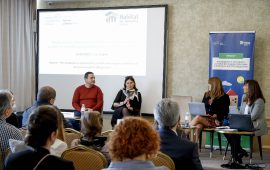 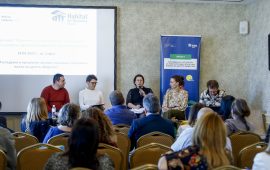 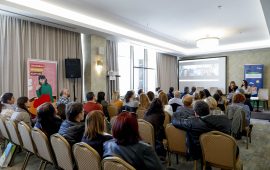 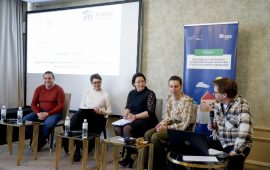 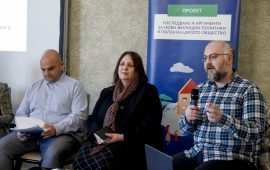 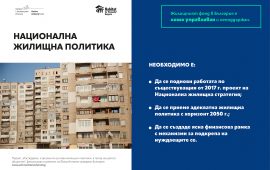 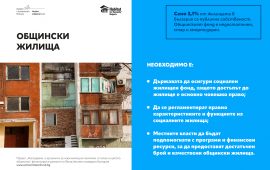 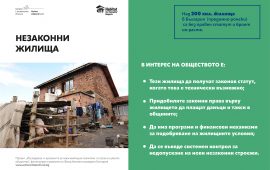 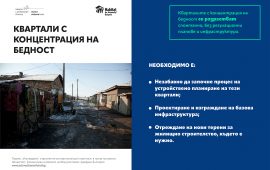 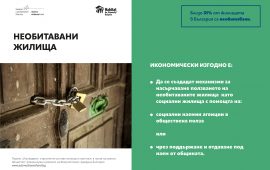