In November 2011, with the aim of carrying out R&D, Habitat Bulgaria established an SPV company, Habitat Social Business Solutions Ltd., which is the sole property of the Foundation.

The Habitat Social Business Solutions’ team – university educators and experts in the field of waste management, building materials and insulation and energy efficiency, implemented the project “Thermal insulation materials from textile waste – development of an innovative product and technology for its production”, funded by the Operational Program “Development of the Competitiveness of the Bulgarian Economy” in the period March 2013 – October 2015. The project was successfully completed in October 2015.

For the invented thermal insulation product, the company was honored with the Grand Invention of 2015 by the Union of Inventors in Bulgaria during the sixth National Exhibition of Inventions, Transfer, Innovation ITI 2015. Patent documents were filed with the Bulgarian Patent Office and at the end of 2018, the company received a Patent for Invention No. 66775B1 for a non-woven textile thermal insulation product.

Habitat Bulgaria is working on establishing a social enterprise for the production of thermal insulation from recycled textiles. Read more: http://habitatsbs.com

The project for the development of an industrial facility for the production of thermal insulation of recycled textiles supported by the VELUX Foundations, has been promoted by the Bulgarian National Television. Mincho Benov, National Director of Habitat Bulgaria, talks about why home textile insulation is greener and cheaper than traditional insulation. 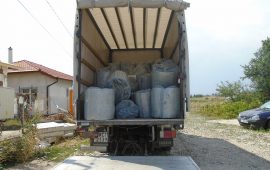 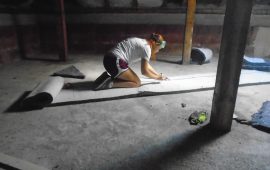 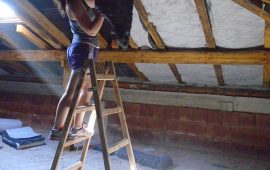 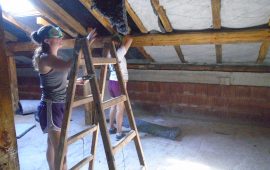 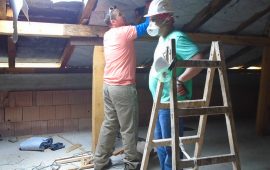 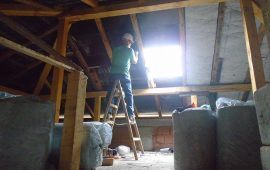 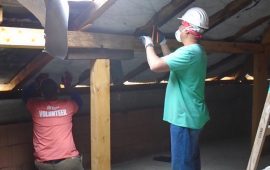 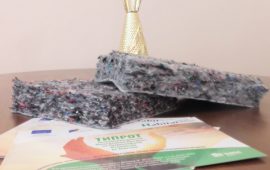