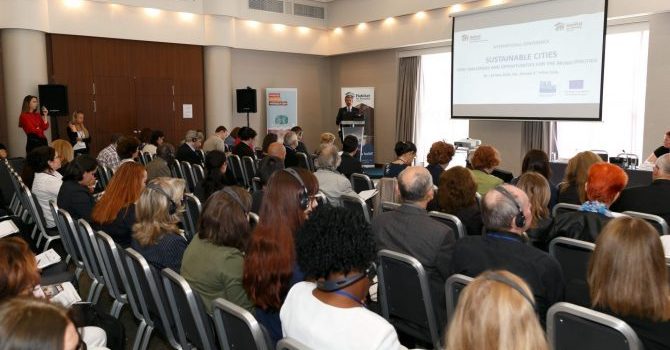 Sofia, 28 – 29 May 2018
People move to large cities to find work, with population growth exceeding the rate at which cities can respond to the need for housing. Currently, one in every seven people on the planet lives in unduly built and overcrowded urban areas, with insufficient infrastructure, often without access to electricity, water and sewage. By 2030, the population in the world’s poorest neighbourhoods is expected to double, reaching 2 billion people.

These were part of the findings during the first day of the International Conference “Sustainable Cities: New Challenges and Opportunities for Municipalities”, organized by the Bulgarian national organization of the global organization Habitat for Humanity International and held under the patronage of the President of the Republic of Bulgaria.

Welcome address by the President of the Republic of Bulgaria – Mr. Rumen Radev: “Meetings like today look for the right solutions. They show that local authorities are not alone. Representatives from different institutions, academia, professional and civil communities, from different parts of the world, are involved in their efforts.”

The conference, which continues tomorrow, looks at the sustainable development of modern cities in the context of growing urbanization, climate change and housing problems in contemporary urban areas and the actions of municipalities to address them. The forum is part of Build Solid Ground, Habitat for Humanity’s global advocacy campaign for access to housing and housing rights, operating in more than 30 countries around the world. http://solidgroundcampaign.org

The conference participants, including over 120 local and international top-level experts, agreed on the thesis that every person deserves to have a decent home and feel protected from threats to their property. Attendees discussed that urbanization poses a huge challenge to housing sustainability, but that if well planned, it can serve as a powerful tool for sustainable global development. The solution, supported by the experts in attendance, was the renovation of poor neighborhoods – namely, the need to improve living conditions in informal settlements around the world, to provide access to basic sanitation, and to decent housing in the long term.

Experts also commented on the need to improve land rights worldwide – a significant problem in the context of urbanization is that 75% of people in the world do not have adequate documentation of the land they live in and millions live in constant fear of eviction, unwilling to leave the homes they used to live in for a lifetime. It was shared that with secured property or right of use, people live without fear of eviction and invest more in their families, communities and the future. “By 2030, three out of every five people will live in cities. Urbanization is one of the most transformative trends of the century and can be a source of both challenges and solutions,” said Mincho Benov – National Director of Habitat Bulgaria.

Climate change and the need to improve housing energy efficiency were discussed during the first day of the conference, including through the implementation of energy poverty reduction practices at the municipal level, as well as those contributing to climate change mitigation. The conference continues on May 29 at the Hilton Hotel in Sofia and is open to media representatives. Some of the topics that will be discussed during the second day include innovative approaches to territorial planning; as well as funding opportunities for urban challenges and urban innovation. (Program of the event)

About the Conference
The International Conference “Sustainable Cities: New Challenges and Opportunities for Municipalities” is under the auspices of the President of the Republic of Bulgaria and is supported by the Embassy of the Netherlands in Bulgaria, the National Association of Municipalities in the Republic of Bulgaria, Municipal Energy Efficiency Network EcoEnergy, National Coalition Decent Home, institutions, municipalities and NGOs. The Forum is implemented within the framework of the “Build Solid Ground” project, approved and funded by the Development Directorate-General for International Cooperation and Development (DG DEVCO) under the Development Education and Awareness Raising (DEAR) strand. 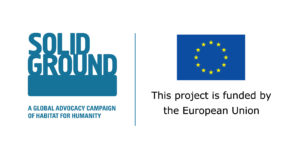