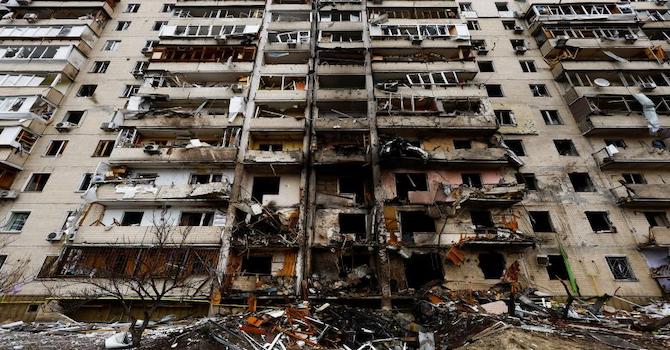 BRATISLAVA, Slovakia (March 4, 2022) — Habitat for Humanity this week began distributing hotel vouchers to families fleeing the violence in Ukraine as the humanitarian housing organization ramps up its efforts to reduce the vulnerability of refugees and meet their shelter needs in Hungary, Poland, Romania and Slovakia.

The vouchers, secured through Habitat’s partnership with Ibis hotels, allow refugees arriving in Romania to stay five nights for free in one of five company hotels and also give them access to transportation to the hotels. The initial voucher distributions near the Ukrainian border came as the crises reached a somber milestone: more than 1 million refugees have now been forced from their homes and out of Ukraine, according to the UN refugee agency. Up to 4 million people could be displaced if the situation deteriorates further, the UN says, creating Europe’s largest refugee crisis of this century.

“Right now we are really trying to meet refugees where they are, in terms of determining what they need most and how we can help ensure they have access to safe, secure shelter,” Rick Hathaway, Habitat’s vice president for Europe and the Middle East, said from northern Romania’s border with Ukraine. “The shelter needs could be staggering, so Habitat is mapping out a response strategy in coordination with the many partners and communities where we’ve established relationships over the past 30 years in Central and Eastern Europe.”

Habitat for Humanity is supporting families who are on the move in Hungary, Poland, Romania and Slovakia while also helping refugees along a path to more permanent, durable shelter. Habitat prioritizes support for particularly vulnerable refugees, including children, the elderly and those who are neither citizens of Ukraine nor the country they have arrived in.

This is particularly important amid reports of discrimination against refugees of African and Asian origin at the Ukrainian border, Hathaway said. “Every refugee, regardless of nationality, ethnicity, race, physical ability, age, gender or religion, deserves equitable access to shelter and any other forms of support,” Hathaway said. “Discrimination in any form is against humanitarian principles and can’t be tolerated.”

Habitat’s work supporting refugees in transition from Ukraine has included the installation of space heaters in refugee reception centers of northern Romania, where displaced families have been staying temporarily amid snow and nighttime temperatures that dip below freezing. In Hungary, meanwhile, Habitat teams have been providing refugees with emergency supplies such as water, diapers and lighting.

Habitat plans to partner with refugees seeking longer-term shelter as well, including through subsidies that make rental housing more affordable. Habitat wants to lend housing and construction expertise to efforts to repurpose so-called empty spaces – from unused schools to factories – so they can serve as shelter for refugees. We are also identifying more permanent housing solutions, such as refurbished rental housing, in host countries.

Those who wish to support Habitat’s disaster response efforts in the countries bordering Ukraine and other communities around the world can donate to our Disaster Response Fund.

About Habitat for Humanity
Driven by the vision that everyone needs a decent place to live, Habitat for Humanity found its earliest inspirations as a grassroots movement on an interracial community farm in south Georgia. Since its founding in 1976, the Christian housing organization has grown to become a leading global nonprofit working in local communities across all 50 states in the U.S. and in more than 70 countries. Families and individuals in need of a hand up partner with Habitat for Humanity to build or improve a place they can call home. Habitat homeowners help build their own homes alongside volunteers and pay an affordable mortgage. Through financial support, volunteering or adding a voice to support affordable housing, everyone can help families achieve the strength, stability and self-reliance they need to build better lives for themselves. Through shelter, we empower. To learn more, visit habitat.org.